skip to main | skip to sidebar

I met up with Morgan Phillips, also known as Sucklord--the creator of the Suckadelic figures series, in his newly acquired studio on the outskirts of Chinatown where they just raised the rent. Again.

The man behind the mask is busy producing a steady regiment of new art work, making appearances with his supervillian characters (some played by his friends), and working on his villain webisodes and adverts for Suckadelic. We took time to sit back, spark one, and talk about the goings on in the Suckedelic realm.

FS: You’re in a documentary about Nerd core?

SL: Yea, that shit is just having its day. Nerds have been cool for a couple of years; all of a sudden it got cool to be a nerd.

FS: So you’re mostly known for your bootleg art toys, especially the gay stormtrooper. Is there a definite difference between your bootleg toys and other figures?

SL: It's just how I branded these things because I'm ripping off a stormtrooper, so in order to pass it, because it's obviously not my own, I branded it as a bootleg. The other side to the coin is that my craft in the beginning was sort of touch and go, so calling it a bootleg it kind of excused the flaws. It's like some piece of shit made in Chinatown, so of course it doesn't look good.

FS: How did you get into making your art figure pieces?

SL: Ever since I was a kid I was fucking around with toy shit. I was always sorta encouraged to be artistically inclined. I would always make shit with sculpey and I remember the first thing I always wanted to do was make a real figure, so I took a bar of soap and I pushed the figure into it to make a hole, and I tried to pour like melted crayon in it to make a casting. It's some shit, cause I was like, eight years old so it was as if I had an intuitive sense on how to do that shit.

FS: Wow, did you see it somewhere or did you just have an idea on how to do it?

SL: I was always into just playing with toys, and I also wanted to make shit and everything was always orientated towards that. Back in like ‘91 I even did independent study for art toy design in college before any of this vinyl shit happened. It occurred to me that toy design was going to be a art movement so I started thinking about it and when Michael Lau came out and 360 Toys and a couple years after that Toy Tokyo I was like, “Oh, ok here's my moment.” But for whatever reason I couldn't get up the money to do any of this shit. I couldn't make the right connections even though I had tons of ideas and then the whole thing sort of overtook me, and suddenly it was getting played out. I don't have a single fucking toy out, and I'M MR. FUCKING TOYS. So I gotta do something, and I decided I'm going to have to do it myself. I started making my bootlegs, and they were kind of like “Fuck you” toys--like shitty looking fucked up Star Wars figures because I was mad and jealous that I wasn't included in this whole thing. And over the last three years it has evolved into its own thing.

FS: The owner of Kid robot is all about your stuff he brings you up during his lectures.

SL: Yea, he's a nice guy. When I first started doing this they would buy from me and keep me floating. I'm not part of that Hong Kong scene, that first wave of designer toys when it was more underground. A lot of those guys felt at a certain point it was becoming mainstream where I could give a flying fuck I'm more parallel to it. I'm following my own path. Obviously I'm coming from this Star Wars background and a lot of these kids are graffiti writers or graphic designers or whatever, and they have their own style, but I was growing up in the seventies and the eighties so my frame of reference isn't all that fag shit. For me it's more about the classics like Battlestar Galactica, Starwars, The Micronauts, and twenty-sided dice. That's more my frame of reference.

FS: So you’re also doing your videos and producing music. How long have you been doing that?

SL: I always wanted to make music. I was always fucking around with it, but I didn't really start until '97 when I put out Starwars Breakbeats. I just moved back to NY from being in exile for six years going to college in Oregon. I moved back in with my parents and started learning how to eat shit NY style, you know like broke ass-ness and no one gives a fuck about what your doing-ness, and I started getting more into making beats. I had this idea to remix Star Wars. No one had done anything like that as far as I knew, and I just wanted to make this super cool nerd listening experience. I didn't set out to be a Nerd core artist. I did that shit in like '97 so that term wasn't even around. I also think there were a lot of people doing similar types of music, but it wasn't a movement. I was doing it just to do it. I was the guy alone in the bedroom making the masturbation fantasy album that I wanted to hear.

FS: Haha! How long ago did you start making your Suckadelic videos?

SL: We started that in like 2007, at the very end of 2006 we started filming. I was making videos since the 1980s. I had the first VCR and first camera, a JVC. It was totally analog, and it had these gigantic metal buttons, and the tape was just like a monster. It was a giant camera. It was like a fucking cinder block, I mean we never took it outside; we just set it up in the living room and did all kinds of random movies! I was doing shitty old stop animation with Star Wars figures and schulpy and bullshit so I was always doing it. When You Tube came out it was really easy to put it out there, and it was amusing. All of a sudden I had shit to show, and it was like, “I gotta get on it!” So it just seemed natural.

FS: Oh man I love the “Look Sir Droids” video! In the video the stormtrooper has some sick break moves! Is breaking another thing you paid attention to?


SL: Yea, I went to (public school) IS70. I was going there in like 1981, and that was right in the project. All that shit was just coming out graffiti, breaking, thugging people was definitely in And I was this nerdy white kid. I knew it was there, and I was cool with it, but I wasn't necessarily down with those guys! I was kind of a pussy. I was like eleven or twelve, and I grew up in the Village, but it was going on around me and even though I didn't totally feel like I was apart of it. It definitely had an influence. Like everything I do it has to have a hip-hop element to it. Everything I do has to have that duel credibility. It has to be cool, fucking dope, but it also has to be unashamedly nerdy. It has to show that geeky obsession one has for certain fantasy worlds, alternate universes, and your imagination. 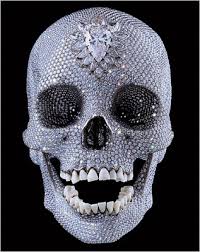